[email protected]
See our Wisconsin Bicycle Tours
Great hotels, fantastic scenery, a truly unique cycling experience
See our San Juan Islands Tour
History of Florida Keys
Flagler
With the Florida Keys Overseas Heritage Trail nearing completion and only a few short segments on US 1 which includes a widened shoulder, Pedal Across Wisconsin in the Keys has become a reality.
Few, if any, stretches of road in America have more significant history then U S 1 and the adjacent path for bikes from Key Largo to Key West.
In 1905 Henry Flagler decided to extend his Florida East Coast Railway by 128 miles from Key Biscayne to Key West. It would take until 1912 until the first train rolled into Key West linking the busy port to the mainland. Many were calling it the 8th wonder of the world.
In 1935 a severe Labor Day hurricane destroyed many of the bridges and the infrastructure of the railroad. The state of Florida purchased the remaining bridges and right-of-way and rebuilt them into bridges for vehicle traffic and the route became known as The Overseas Highway.
Now, because of the heroic work of those who labored over a century ago we can cycle over pages of history and enjoy the views once only offered to the early explorers and experience a culture where past meets present.
The Conch Republic
Learn the historical (and hysterical) event that in 1982 led the mayor of Key West to secede from the United States.
Conch Republic 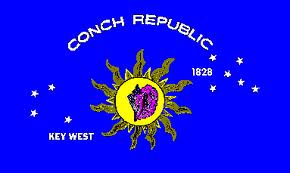 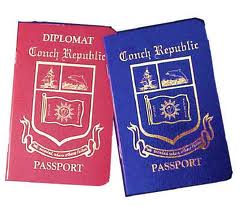